THOUSAND PALMS –  The California Air Resources Board, along with CALSTART, Assemblymember Eduardo Garcia and SunLine Transit Agency gathered today in Thousand Palms to celebrate both the first state voucher to support the purchase of a hydrogen electric fuel cell bus, and the 10-year anniversary of the program that has put almost 4,000 ultra-clean buses and trucks onto California streets and highways.

The innovative incentive state discount voucher program (HVIP, or Hybrid and Zero Emission Truck and Bus Voucher Incentive Project) offers deep discounts on clean vehicles to small business owners, transit agencies, as well as large fleet owners and managers who want to get advanced technology buses, trucks and other commercial vehicles on the road in California.

“This is an exciting milestone as we strive to achieve California’s groundbreaking climate and public health goals. Our Coachella Valley area has emerged as a hotspot for zero-emission technology development, deployment, as well as green job creation, thanks in large part to SunLine’s innovation and leadership. The results of this program over the last decade are excellent examples of what is possible through dedicated investments, particularly in our disadvantaged communities, that are most affected by pollution,” said Assemblymember Garcia, Ex Officio Member of the California Air Resources Board. 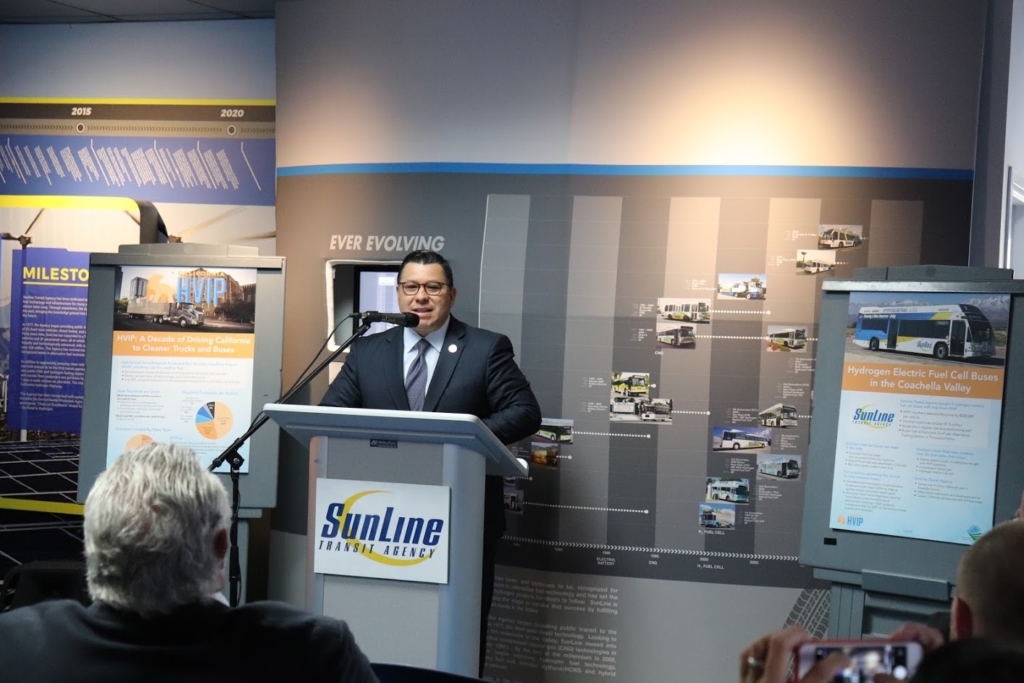 “HVIP has played a crucial role in accelerating heavy-duty battery-electric technology and the development of engines with almost undetectable levels of smog-forming pollution,” said CARB Executive Officer Richard Corey. “The program has also served to accelerate ultra-clean truck and bus technologies, supporting their commercialization and early market success. That puts thousands of the cleanest trucks and buses onto our streets and highways much sooner, especially in the communities that need them most.”

SunLine is the first fleet to request and redeem an HVIP discount for a hydrogen electric fuel cell vehicle, purchasing and deploying five ElDorado fuel cell transit buses. The agency subsequently received voucher support for four BYD battery electric buses. Starting in 2018, the buses were put into service throughout the Coachella Valley.

“We are honored to be recognized by CARB and CALSTART for being a pioneer in the development of hydrogen fuel cell bus technology,” said Lauren Skiver, CEO/General Manager of SunLine Transit Agency. “The progress this agency has made in zero-emission technologies in the past 25 years has been made possible through integral grants and special programs such as those we’ve received from CARB and CALSTART, and it’s partnerships such as these that are making clean air milestones happen. We are so pleased that SunLine’s headquarters were designated as the location for today’s celebration.” 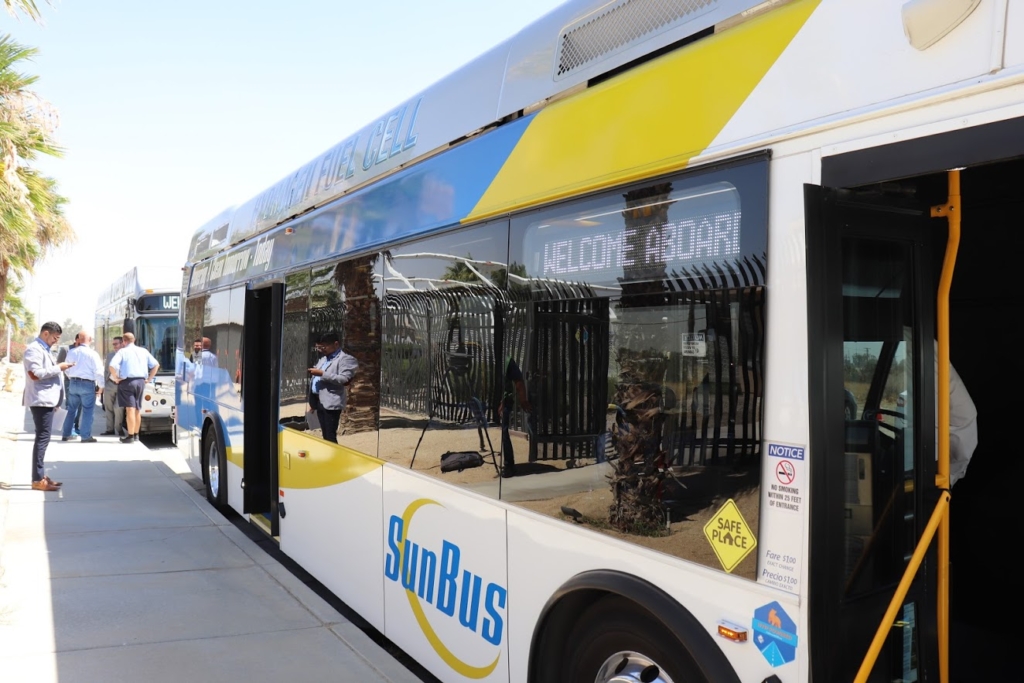 Hydrogen fuel cell vehicles emit only water vapor; no smog-forming or diesel pollution is released into the air. The clean vehicles will benefit the Coachella Valley region, including those disadvantaged communities that experience disproportionate amounts of air pollution due to their proximity to heavily trafficked roadways.

From the inception of HVIP in 2009, more than $447 million has been allocated to the program.  Through May 2019, HVIP has committed to supporting the purchase of 2,500 zero-emission trucks and buses; over 2,600 hybrid trucks; over 1,800 low NOx engines, and 195 trucks outfitted with electric power take-off systems with vouchers requested by California fleets. 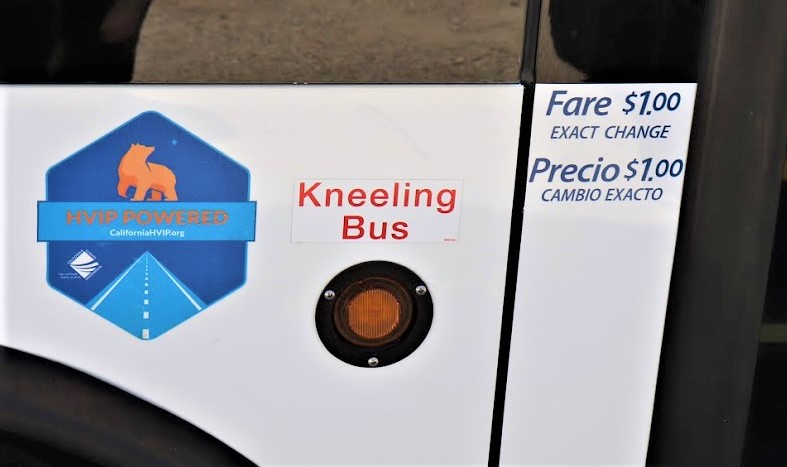 The investment will bring the total number of ultra-clean trucks and buses operating on California’s roadways to more than 7,000 over the next two years with more on the way, as demand for vouchers continues to grow. Additionally, the program has helped more than 1,100 California fleets buy cleaner vehicles.

HVIP is administered by the clean transportation non-profit CALSTART, and is part of California Climate Investments, a statewide initiative that puts billions of cap-and-trade dollars to work reducing greenhouse gas emissions, strengthening the economy and improving public health and the environment – particularly in disadvantaged communities. The cap-and-trade program also creates a financial incentive for industries to invest in clean technologies and develop innovative ways to reduce pollution.

“HVIP is driving early market success in California for clean vehicle technologies that are highly transferable to other applications. This early market success translates into accelerating commercialization of clean vehicle technologies as well as lowered costs. California transit agencies, small businesses and fleet owners and managers are benefiting from an economic perspective and our citizens are benefiting from an air quality and climate perspective,” said Tom Brotherton, Director of Market Acceleration for CALSTART.

Overall, the HVIP program has driven growth in the ultra-clean trucks market in California, helping to reduce air pollution and cut climate changing gases, especially in communities suffering from high-volume traffic. More than 50 percent of vehicles purchased through the program are operating in communities disproportionately burdened by harmful air pollutants.