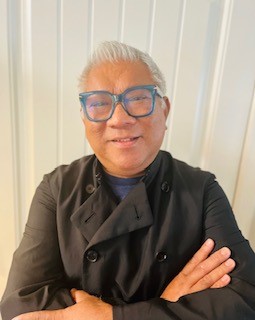 Ernesto supports John Boesel, CEO of CALSTART and is based in the Berkeley, CA office. He began his career at the American consulate in Manila, Philippines, as a citizenship and passport assistant where he helped document US citizens born abroad. After immigrating to the United States, he worked in Washington, DC at the Whitman-Walker Clinic, and the D.C. Bar where he coordinated pro bono legal services for the underserved on matters involving discrimination, landlord & tenant, public benefits, family law, and immigration. Prior to joining CALSTART, he also worked for the California Medical Association and most recently at the San Francisco Community Health Center serving the homeless, LGBTQ, and communities of color in San Francisco. He received his BS in Foreign Service at Manuel L. Quezon University in Manila.

He loves to travel, learn languages, and lived in Munich, Germany for one year in 2016-2017. He lives in Concord, CA with his husband and their rescued dog, Dolly.